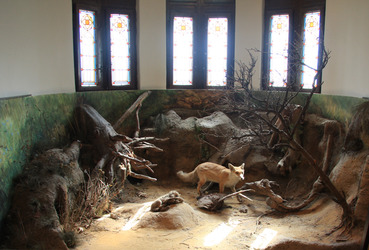 Sarah Iremonger was born in Dublin 1965, based in Kinsale, Co. Cork, Ireland, she has used a multidisciplinary approach to her practice since the late 1990's. Co-founded the Sirius Arts Centre, Cobh, Co. Cork 1985, volunteering there until 1999 and working as an independent curator and artists liaison 1999-2015. Iremonger studied pre-diploma and fine art at the National College of Art and Design, Dublin 1983-85, printmaking and photography at the Crawford College of Art and Design, Cork 1985-87 and received an MA in European Fine Art from Winchester School of Art  Southampton University, UK in 1998.

Recent projects include 24/7 online slide show for the National Sculpture Factory, Cork 2020; Vessels exhibited online as part of The Time of Our Lives with Oliver Sears Gallery, Dublin and Outdraw at Uillinn, West Cork Arts Centre, Skibbereen, Cork both 2020; Horizons 2014-20 is a collaborative project with poet Derek Mahon, which was funded through a Cork County Council Arts Grants Scheme Award 2015 and exhibited at Oliver Sears Gallery, Dublin in 2018 & 2019. Recent projects include Build Your Own Horizion with Uillinn, West Cork Arts Centre, Skibbereen 2020, where she will also be Bealtaine Artist in Residence (postponed until 2021); Top Half of the Hero was exhibited as part of Heroes and Villians 2018-19 at the Crawford Art Gallery, Cork; Iremonger illustrated Atlantis 2019 a poetry pamphlet by Derek Mahon and The Rain Bridge 2017 a children's book both published by The Gallery Press 'is a story written by Derek Mahon for his son, then aged six, a tale of loss, kindness and recovery. Iremonger’s illustrations match, in their simplicity, the purity of the author’s style.' (The Gallery press 2017)

Iremonger was Artist in Resident at the Sydney Olympic Park and Broken Hill Art Exchange, Australia 2011 and the Von Hess Resident at the Borowsky Centre, UARTS, University of The Arts, Philadelphia, USA 2010 where she was also visiting artist and exhibited I thought I dreamed of you at Gallery 817, this work was exhibited at the West Cork Arts Centre, Skibbereen, Co. Cork 2009-10 and travelled to the Yarra Sculpture Gallery, Melbourne, Australia 2010.

Other exhibitions include showing work as an invited artist at the 184th RHA Royal Hibernian Academy's Annual Exhibition 2014; World View of an Oyster which Iremonger curated for Cork County Council and Macroom Town Council 2013 working with artists Helen Horgan, Maximilian Le Cain and Mick O’Shea, a catalogue was produced for this exhibition with Cork County Council, writer Danyel Ferrari and designer Stuart Caughlin of edit+; other curatorial projects include Sub-plots for allerArt, Bludenz, Austria 2011 and Sirius Arts Centre, Cobh, Co. Cork 2012 and Cork Harbour Project for the Sirius Arts Centre 2007-08.

The Hunting Box Party was exhibited as part of the Hochstitze (Raised Hides) exhibition at the Knoll Gallery, Vienna, Austria 2010, the Knoll Gallery, Budapest, Hungary 2011 and Buffer Zone at The Armory Gallery, Sydney Olympic Stadium, Australia 2011; earlier exhibitons include Temple Bar Gallery and Studios, Dublin 2001 and the Turku Art Museum, Finland 2003 with Lumpy Art History; her work was included as part of L’Imaginaire Irlandais at Villesalem Abbey in association with Le Confort Modern, Poitiers, France and Cork Paintings was exhibited at the John David Mooney Foundation, both in 1996.

Commissions include the Upside-down Mountains which consisted of neon and a painted mural installation commissioned by the OPW Office of Public Works for the Northside Civic Centre, Coolock, Dublin 2003 with adaptations in 2012; Where’s Me Cork? and Freedom Box video works for Airgador - Cork Silver and Gold exhibition Crawford Art Gallery, Cork for the European Capital of Culture Cork 2005 commissioned by Bowen Construction.